skip to main | skip to sidebar

U2 EXIT The Joshua Tree 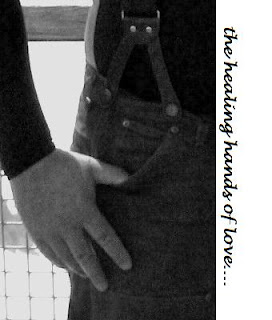 EXIT SERMON, attributed to John Henry 'Doc' Holliday
Twenty-years have passed since our ears were first captivated, by a labyrinth of U2 songs assembled on The Joshua Tree album. Like a wave of settlers, miners, lovers, drunks, and mystics, we partook in the sounds and lyrics that speak to our imaginations. Counted among the songs was Exit, a sermon found on a high desert plain, concerning the final moments in the life of John Henry 'Doc' Holliday; a religious man turned gunfighter.

Born First Presbyterian, young John Henry Holliday was later schooled by church ladies, on how to overcome the birth challenge, associated with his healed cleft palate. Perhaps it was their kindness, that first inspired the young man Holliday, on pursuing the healing hands of love. The same healing hands that we all sometimes search for, among the copper colored rock formations, that rise up as if in opposition, towards the desert's superstitions. Monolithic hands of love clasped together in prayer, like those of the physician Jesus.

Tracing the footsteps of other healers in his family tree, John Henry became 'Doc', the dentist who'd found the cure. Unfortunately, such was the case, familiar to many of us tempted in swallowing the devil's seed. Doc Holliday fell as well and soon went astray. Now in the twilight of his breath, Doc remembered his mother's wishes, which he honored, by converting to the Methodist Church. But it was to late for correcting any past remorse, death had come on a howling wind, as the dog's crying echoed in his trance. It was then that the hands of love pierced by nails, showered Doc, with the stars that fall from heaven on the last day. Oh how Doc must have felt like Saul, on the road to Damascus.

For Doc it seemed as if it were yesterday, the waters of the San Pedro River running backwards, through the pleasant valley that leads towards Tombstone. There waited the ghosts of past, like riders on a storm, at the crossroad drawn with an invisible thin line, separating hell's black darkness, from heaven's white saving light. A Glenwood Springs, Colorado bystander reported seeing Doc near the end, head hung heavy, as he seemingly approached the O.K. Corral for his final encounter. "He walked down the street with a feeble tread and a downcast look. If he heard a shot, he raised his head with eager attention and glanced this way and that."

In the haunted spell of a distant shot gun blast, Doc reached for his pocket, what today we'd call a holster, and put his hand on the ice cold nickel plated pistol. Perhaps it was the .41 caliber Remington Double Derringer, some say given to him as a gift, from his beloved Big Nose Kate. The moment of reckoning had arrived, wrapped in Doc's silent whispers, 'oh my love, oh my love, oh my love.' Than an erie silence fell with his final curtain.

The healing hands of love will appear, for those who choose to call on them in the moment of judgment. We can all rest assured, that is what the women who loved Doc asked for, with praying hands. As for the living, no one can be credited with stealing the infamous path of Doc Holliday. The exit is accomplished, as Bono recites the final lesson for all to heed, with regards to Doc. "So the hands that build, can also pull down. Even the hands of love, even the hands of love."
G-L-O-R-I-A !

"That 'Doc' Holliday had his faults none will attempt to deny; but who among us has not, and who shall be the judge of these things?" Glenwood Springs Ute Chief, November 12, 1887